„Racing, competing, it‘s in my blood…“

… is part of a famous quote from one of my role models in adolescence. In 1989, when Ayrton Senna made this passionate explanation of his apporach to racing, I was still a good part away from deciding on my own professional carreer and also rather a follower of his analytical counterpart Alain Prost but nevertheless in some way affected by it. In the end I became kind of the best of both worlds and those who met me, know what I´m about – passion, belief, reliability, diligence and a huge fund of experience characterize me.

Being a qualified mechanic and later „re-educated“ into the engineering and project management area I´m equivalent to a Swiss army knife and it´s not by accident that during the evolution of my career I could establish myself as being the link between workshop, engineering, logistics and last but certainly not least, the customer.

Since the blissful times of Group 5-racing in the DRM my heart is beating for motorsport in which I started my professional career 30 years ago.

My initial plan to have my apprenticeship as a mechanic followed by a degree in mechanical engineering was soon thwarted by motorsport when, by stroke of fate, I was able to put my hands on a couple of race team contacts (not that easy in pre-cellphone and internet times…) and in the middle of the 1993 ADAC-GT-Cup season I found myself joining team Seikel Motorsport on the German airfield circuit in Ahlhorn. After a couple of short nights and hard work it was all done for me and my career path was laid.

The kick-off in privateer racing was followed by a handful of other mechanics years including a fantastic season with Team Rosberg in the ITC 1996, the last year of „old“ DTM, until I finally ended up at Holzer Motorsport where I finished my „hands-on“ career after the 1999-season and initially switched to the team support section, focused on technical documentation, for the new Opel DTM-project.

Unfortunately we were denied the major success of a championship title but nevertheless I was able to gain a lot of experience by facing the challenges only a factory entrance in such a high level series can present you.

After the termination of the Opel-DTM engagement Holzer Group extended his portfolio also to projects in the automotive sector where I was able to gather new knowledge in the project management field in pilot- and prototype vehicle development.

Motorsport never fully deserted me so after a couple of smaller side projects I had the opportunity to take part in the return of Opel Motorsport in the rally scene, which we were able to stir up with our Opel Adam in Germany and all across Europe.

The little fellow accompanied me for 8 years, from initial development and vehicle assembly, to customer and series organisational support in the ADAC Opel Rallye Cup. Great experiences, massive success and, most importantly, a lot of new contacts and friendships in the rally community enhanced my portfolio.

Geared up like this I took the step into the unknown and founded my own business at the end of 2019 and look forward to your interesting new projects that I will support with all my assets and help guiding them to success. 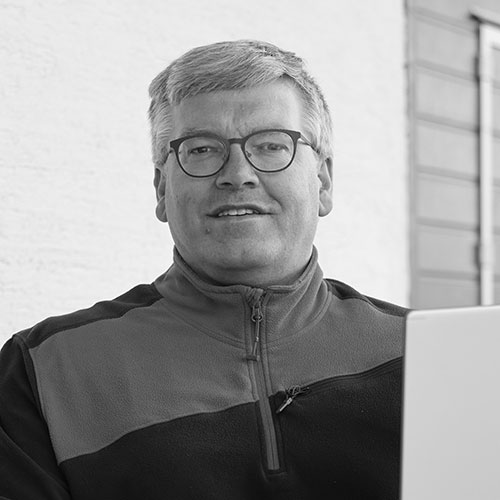 TSE stands for “This Strange Engine” – album and song of British progressive rock band Marillion.
Since their worldwide success single “Kayleigh” from 1985 I am captivated by the music and lyrics of those guys.
Even if the title of the epic 15-minute “This Strange Engine” seems to make an obvious connection to my professional career, the song lyrics are rather about one´s own motivation – passion, love and enthusiasm – and here the ties to motor racing are established as all of those assets are mandatory in this business.

Marillion look back on over 40 years of band history and are still alive and kicking – so whoever would like to start a musical expedition: